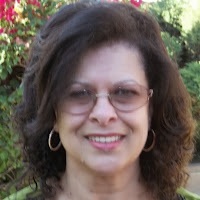 I received my Spiritual Foundational Training through the Church of Religious Science Church’s and then took my Practitioner training through the church now known as The Center for Spiritual Living, in Riverside California. I then completed my Bachelor’s degree in Metaphysical Studies from Emerson Institute in 1998 and Master of Divinity and ordination from Madonna Ministries International in 2000. Became a Priestess in 2006 and was consecrated as a Bishop in 2008.

In 2000 I founded the Universal Rays of Light Church in San Bernardino CA. From 2004-2007 I served as the California State Coordinator for Humanity’s Team, founded by Neale Donald Walsch (Conversation with God-series) out of Long Beach CA .

In 2003 I wrote the song called "Standing As One" which was picked up by Emmy Award winner Faith Rivera. In 2005 it became the theme song for Neale Donald Walsch’s international organization “Humanity’s Team”. In 2006 I was nominated as Inspirational song writer of the year. In 2012 the song was picked up as a theme song for an Indie film being produced in Dubai. That same year it was used for an employee promotional series by State Farm Insurance Company.

Moments of Unity, was founded in 2009 to assist people through life’s transitions, and to facilitate ceremonies, memorials, classes, life coach & ordination.

At the time of my consecration as Bishop for the Madonna Ministry International in 2008 I accepted the position as chair-person of their Humanitarian Program which serves the needs of domestic & foreign children, senior citizens, service personnel, animal shelters and the needs of our own ministers.

In 2013 I began teaching metaphysical studies at the School of Multidimensional Healing Arts and Sciences for Spiritual Life Coach & Ministerial students and became the chairperson for their Curriculum Programs. In 2017 that program expanded to include a Master’s program called “Mastering the Art of Being-Ontology (the nature of being) under the umbrella of a curriculum called "BECOMING…A Journey to Who You Really Are."

Get Updates by Email